Strung Out was founded in March 2010 after the groups’ director, Alison Jones, identified a need and a desire for a communal violin group within Waltham Forest. Strung Out was formed to provide a fun and supportive environment to new and old violinists of all ages, to offer a safe place for those who have had violins in the the back of their cupboards, to dust them down and refresh old skills.

The ethos of the group is it is never too late to learn new skills and develop new talent!

Based in East London, the group has grown from strength to strength, resulting in an Absolute Beginners, Improvers, Early Stages, Easy and Intermediate group, with bookings for local festivals, fund-raising events and awards from The BBC Performing Arts Community Fund and Arts Council England to create an original piece of work called Express Symphony in 2013.

Strung Out has over 20 concerts & festivals under their belt since 2010. They decided to merge with WAM in 2016 onwards, for the larger events, as the project and collaboration was so successful. They will continue seeking new partnerships with music groups or individuals from the East London area and beyond, and, of course, to spread the word that it is never too late to pick up the violin for that matter! 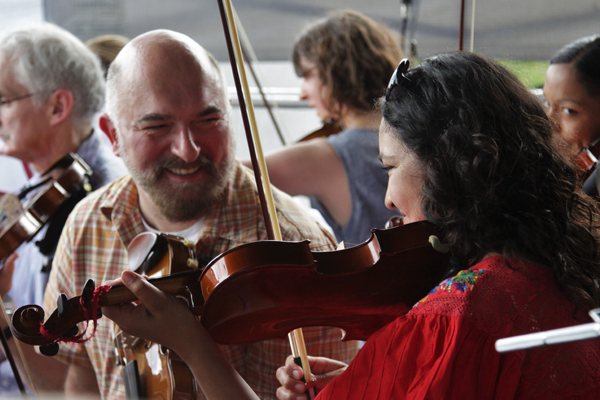 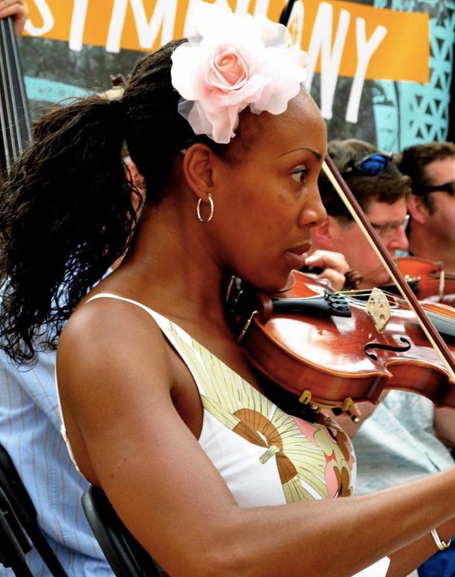