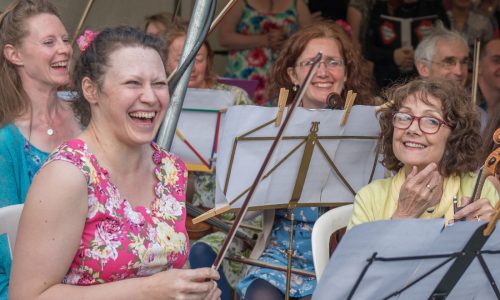 We began in 2007 as a not for profit performing arts organisation based in Waltham Forest. Our first project was to develop and produce a large-scale, outdoor arts show called WILDFIRE! Funded firstly for two years by the Arts Council England, our show was then commissioned by Homecoming Scotland and Creative Scotland. We gained charitable status in 2011. Since then we have gone from strength to strength, creating new projects and reaching new audiences across London and beyond.

Our vision is to reach out and touch the hearts of children and adults of all ages and cultures through delivering original, dynamic combined arts productions and projects. We want to inspire communities to not only support performances, but to roll their sleeves up and get involved, no matter what their age. Through our participatory music and story-telling experiences, we aim to actively engage communities in activities that enhance confidence and self-esteem. 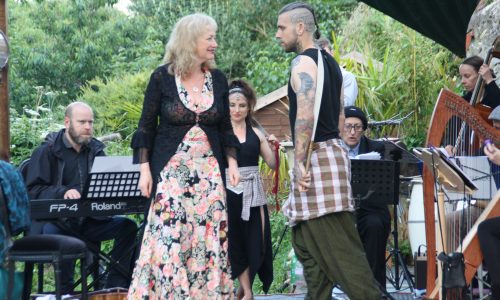 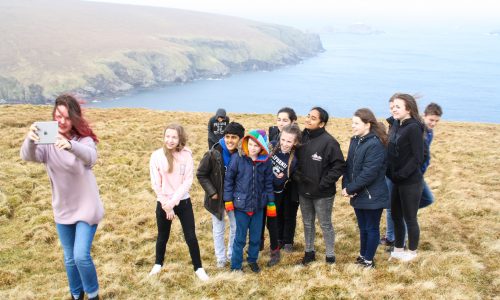 Our goal is to create and produce original, high quality work that is easily accessible for the public. We favour participatory music productions and these have included choral and instrumental group activities for all ages providing opportunities to learn or re-visit musical skills. We are currently focussing on interactive singing sessions for the elderly that improves wellbeing, confidence and mental health while reducing isolation. We will continue to create innovative projects that promote the benefits of participatory music and multi-arts performance. 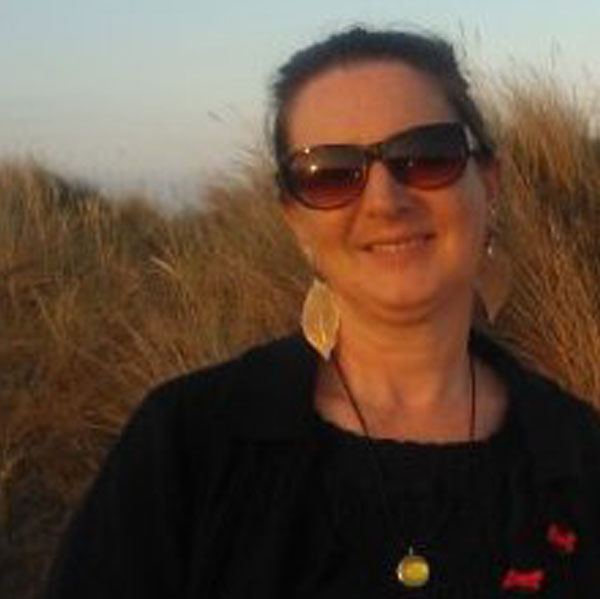 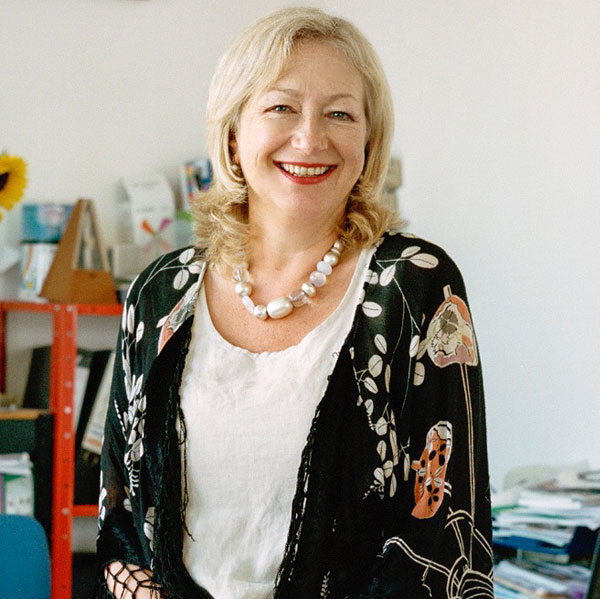 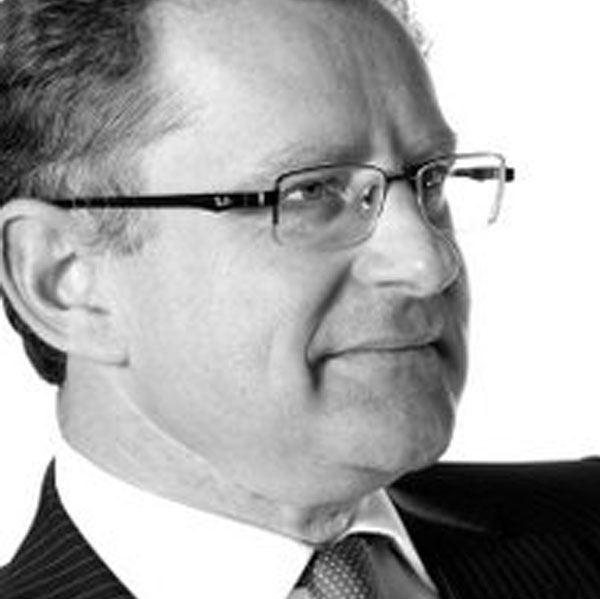 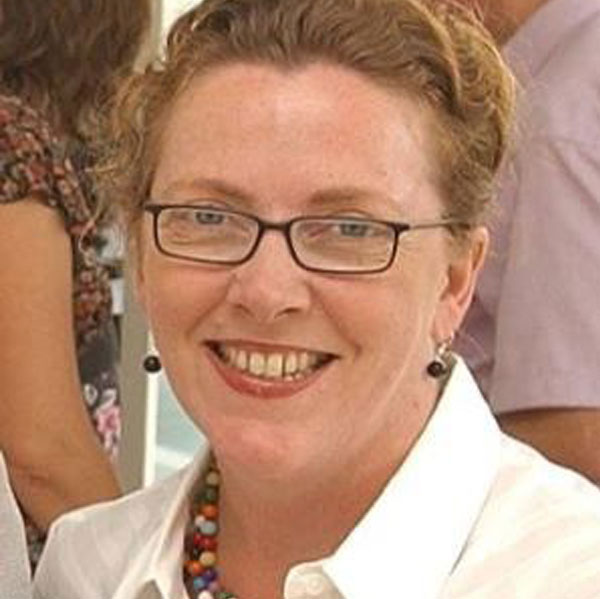 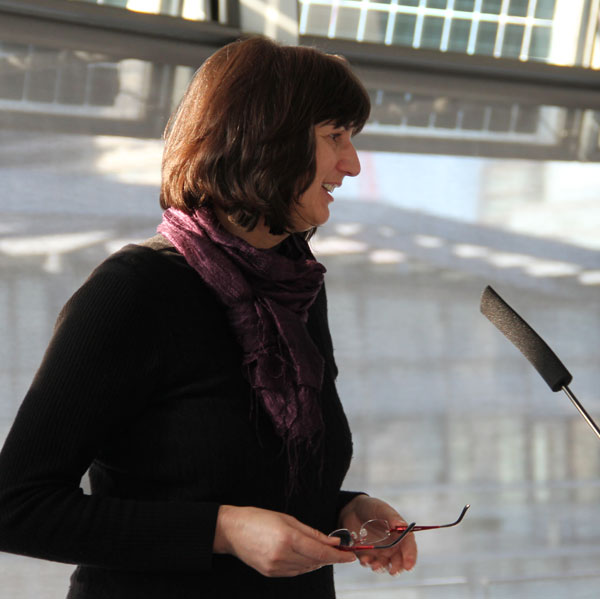 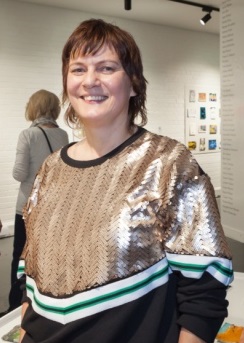 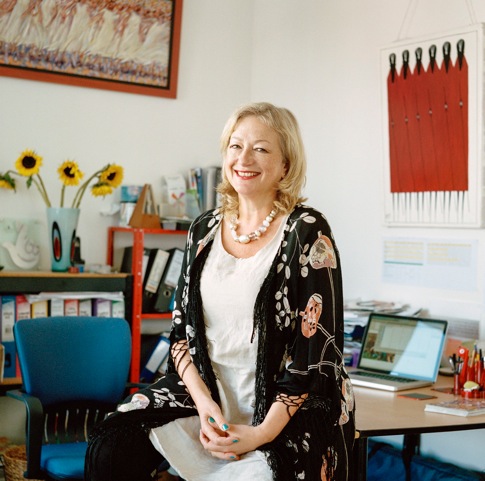 Founder of Shapeshifter Productions, Alison has over 30 years’experience as a professional musician, composer and arts practitioner.

Following a degree in Dramatic Arts at Queen Margaret University, Edinburgh, Alison’s career has taken her around the world where she devised and led many large scale events and worked as an actress, musician, arranger, composer and producer with many artists in the studio and on stage.

Her extensive work includes performing internationally for 2 years as featured solo violinist with Irish dance spectacular Spirit of the Dance and 7 years with The Well Oiled Sisters, whose popular schedule included touring with Morrissey.

Alison says: “I am passionate about bringing communities together through engaging in music and art and promoting the benefits to mental health and wellbeing this can bring…”

As Artistic Director, Alison is focussed on promoting the aims of her charity, whose work has created The Smiling Sessions. With over 30 years experience as a professional musician, composer and arts practitioner, Alison has participated in, devised and led many large scale events. Her extensive work includes performing internationally for 2 years as featured solo violinist with Irish dance spectacular Spirit of the Dance and 7 years with The Well Oiled Sisters, whose popular schedule included touring with Morrissey.

Born in Yorkshire and raised in Scotland, Alison made her debut as a professional musician at the age of 16, shortly after winning a place with The National Youth Orchestra of Great Britain, and thereafter being offered a place at The Royal Northern College of Music and Drama. However, Alison was also intrigued by art and rock n’ roll, and she followed this route until, a few years later, she was accepted by Queen Margaret University, Edinburgh, to study dramatic arts. Graduating in 1991, Alison moved to London, having been offered session work on the composer Steve Martland’s latest recording, aptly titled, ‘Crossing the Border’. Alison has since worked as an actress, musician, arranger, composer and producer with many artists in the studio and on stage.

However, the main part of the 90’s decade was devoted to The Well Oiled Sisters, an all-girl band, as their lead fiddle player, which involved live and recorded TV, radio and CD recordings. During this period, she worked with artists such as Morrissey, Fish, Hamish Stewart, Lily Savage, Hank Wangford, Mark McGann, Rhona Cameron, and Australia’s Paul Kelly and Archie Roach; toured throughout the UK, Eire, Europe and Australia, and made regular appearances at The Edinburgh Festival, Pride, Adelaide Arts Festival and WOMAD music festivals worldwide.

In December 1998, Alison was invited to join a world tour with Irish Dance Troupe, Spirit of the Dance as their featured on stage ‘funky’ fiddle player. Twice around the world and two years later, she had started writing a show of her own to perform in that could tour nationally and internationally, using many art forms to tell the story. She decided that Granada, in Andalucia, was the perfect location for writing the music for WILDFIRE! which was to become an outdoor combined arts spectacular.

Alison was short listed as Composer-in- Residence for the BBC Radio Play Bursary Award in 2007, when she also founded her own performing arts company Shapeshifter Productions Ltd, which has since received many funding awards including Arts Council England, Comic Relief, Andrew Lloyd Webber Foundation and The National Lottery Fund, gaining charitable status in 2011.

In 2009, WILDFIRE! was commissioned by The Scottish Arts Council to premiere at St Andrews as part of Homecoming Scotland Finale. With Alison as producer and performer, over 1500 people were led by a torchlit procession to a mystery venue to see the magical spectacle. In June 2010, Alison presented WILDFIRE! and performed at The Arts Olympus debut on The Queen Mary I, Long Beach Harbour, CA.

She was also invited to sit on the panel for The National Association for Women in the Arts (USA).

As Artistic Director of Shapeshifter Productions, Alison is passionate about bringing communities together through music and promoting the aims of the charity, whose work includes creating a National Lottery Awards finalist project singing with the elderly, called ‘The Smiling Sessions’, the emergence of Strung Out violin group for adults and subsequently co-founding Walthamstow Acoustic Massive, a collaboration of local community music groups consisting of banjos, ukuleles, violins and singers, ranging from 18-80 years, whose motto is “It’s never too late!”. Alison was nominated Citizen of the Year in the “Love Your Borough Awards” Waltham Forest, 2014 and was invited to become a Fellow of The Royal Society of Arts in 2015.

After devoting the last 6 years to growing the charity and sharing her experience with the local communities of Waltham Forest, Alison feels she would like to re-visit developing her own craft and skills, that of violinist, composer and creator, for her own artistic development. Her first desire is to re-position the music of WILDFIRE! so that it can be performed in; its’ own right at indoor venues across the U.K. and as a large-scale community event in 2018. Alison also works as a freelance musician and teacher.

Clive is the recipient of an Olivier Award, Best Performance in a Supporting Role in a Musical, for Guys and Dolls, and an Olivier nomination, Best Supporting Performance for Carousel (both at The National). He was also nominated for the 2009 Olivier Award for Outstanding Achievement in an Affiliate Theatre for his role as the Dame in Hackney Empire’s production of Mother Goose.

He has numerous theatre credits and has appeared in the West End, the National, the Barbican, the RSC and more. His film and television work includes appearances in Doctor Who, The Story of Tracy Beaker, Dalziel and Pascoe, Casualty and Manderlay.

Clive says: “It’s an honour to be asked to be a Patron”